a Robert Reid & MUST co-production

A new exploration of the Bacchae myths, steeped in ritual and rebellion. A female & non-binary identifying cast tell stories of women and cults who have challenged the patriarchal status quo throughout history. Forget the original Bacchus, where the women wait offstage while men try and fail to tell their story. In Robert Reid’s epic new text the women take centre stage en masse! This fierce retelling, inspired by Richard Schechner’s “Dionysus in ‘69”, weaves in classic and pop culture references from Sophocles to The Manson Family. Join the Cult.

Alternatively, come on the weekend and see part one at 5pm and part two at 8.30pm

the kind of theatre that blows me away every time
-Anne Marie Peard,
Sometimes Melbourne. 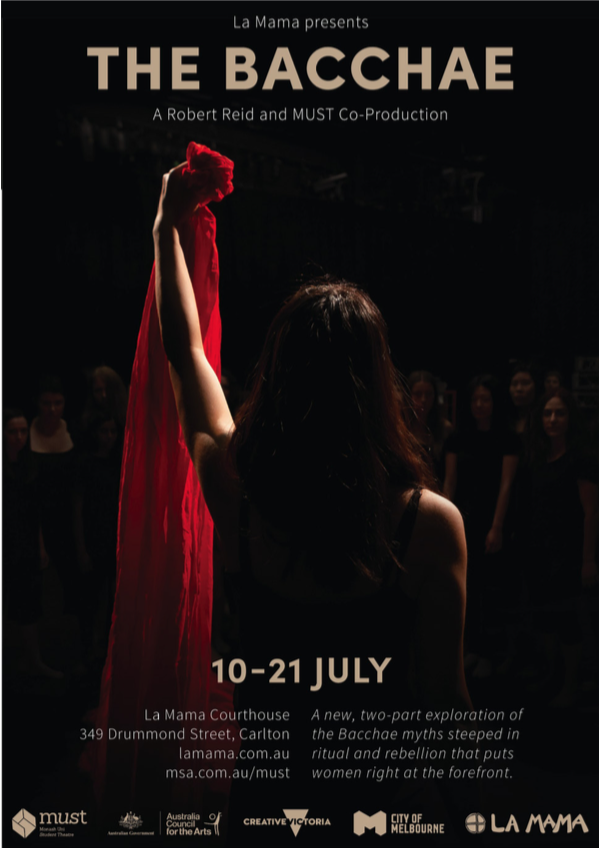