The Business of God

Michelle, a passionate atheist, arrives in heaven after death, quite disappointed.  She chats with Saint Peta, who informs her that she will be assigned work for eternity, and she becomes increasingly unhappy.  Peta, becoming aware of her own dissatisfaction at being misrepresented in the Bible, is convinced by Michelle to confront God, who Peta hasn’t actually met yet.

Michelle then meets Jesus, who is still depressed 2,000 years later about his crucifixion, being forsaken by his parent and his lack of direction. She is introduced to Satan, a drug dealer, with whom Jesus is very good friends, and Satan reveals his wish to be seen as the nice guy he is, rather than simply a flayer of bottoms. After much discussion and psyching up, they decide to perform a hostile takeover.

Michelle meets God, who happens to be female, and they argue about life, death, belief and non-belief.  Michelle voices her displeasure about God’s exploitative organisation, and one by one, Jesus, Saint Peta and Satan join with her, challenging God’s authority, with devastating results. 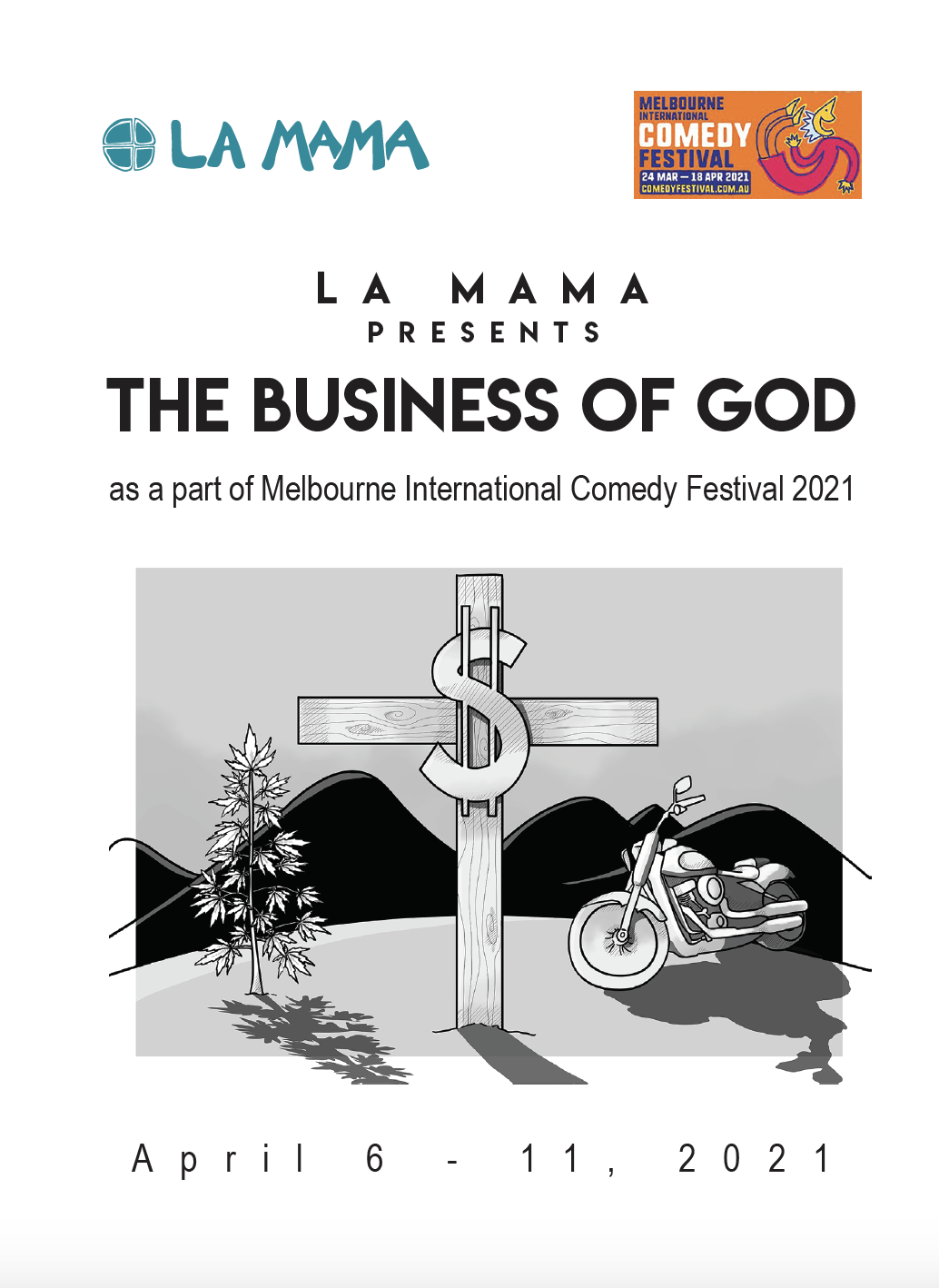