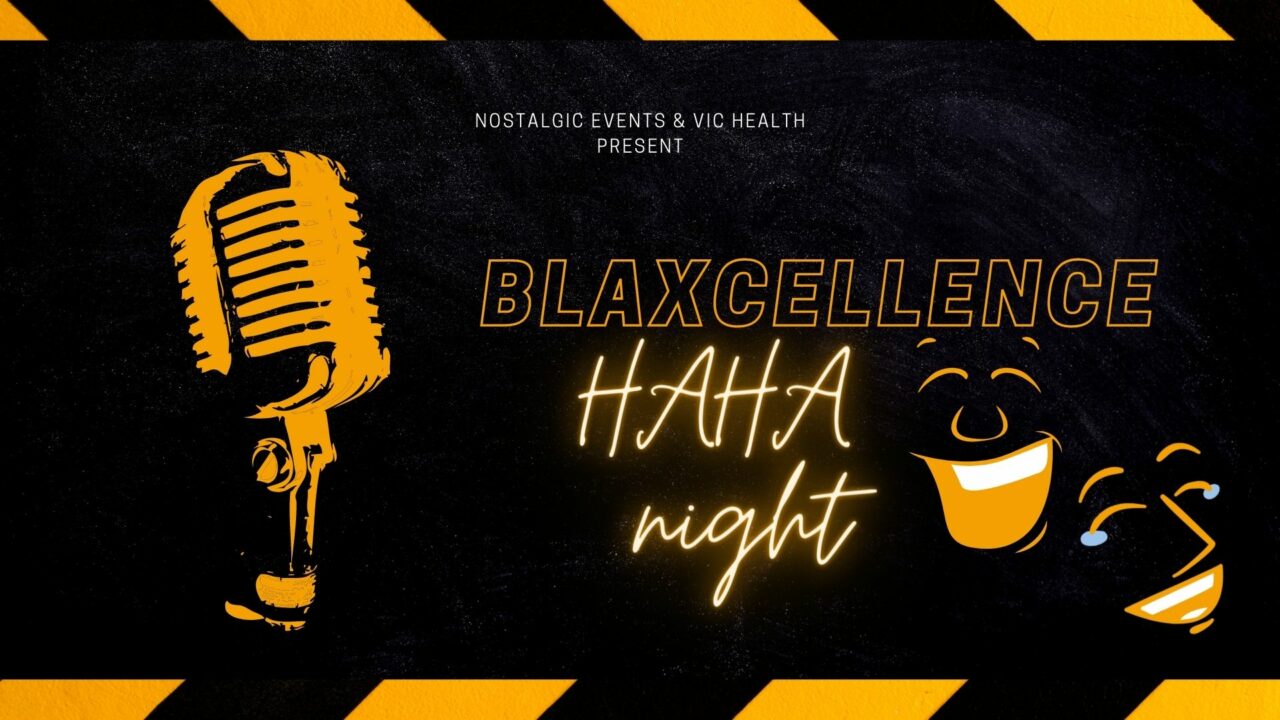 Blaxcellence: HAHA Night presents Afro-Diaspora and Indigenous comedians from far and wide for a night of comedy and side-splitting laughs.

Blaxcellence is a platform that amplifies and celebrates black/blak artistic excellence by producing live performance events that put Afro-Diaspora and First Nations front and center of the stage.

This event is supported by VicHealth.