“Everyone knows that friendships made in bathrooms are ones that last for life.”

Cactus is a brutally funny and heartbreakingly honest coming of age story for anyone who is or ever has been… a teenager.

Cactus follows Abbie and her best friend Pb as they navigate the last tumultuous year of high school. It’s going well. I mean, they’re still virgins, but it’s going well. Milestones are being met. Exams are drawing near. Freedom is on the horizon. Then Abbie receives some unexpected news that turns her life upside down. She is suddenly & unceremoniously confronted with a world she wasn’t ready for.

Winner of the ATYP Rebel Wilson Theatre maker Scholarship and shortlisted for the Rodney Seaborn Playwrights Award, Cactus was inspired by the beauty and ferocity of female friendship alongside the taboos and shame still present in female adolescence. 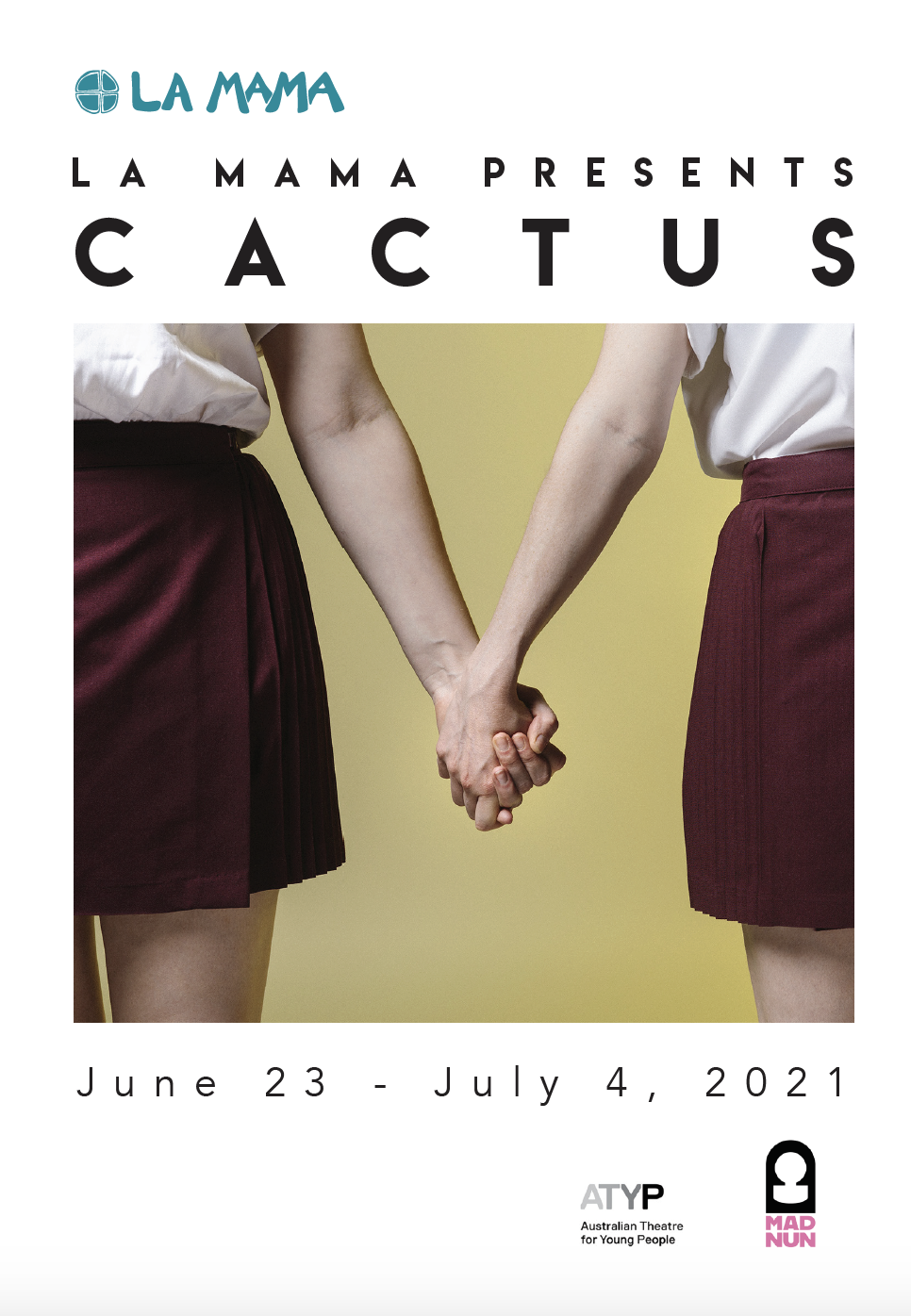